Only 5%? CHEQ study shows up to 12% of all traffic originating from Twitter is made up of bots.

NEW YORK, May 26, 2022 /PRNewswire/ -- Global cybersecurity company, CHEQ, released new data today casting light on Twitter's bot numbers. The company analyzed 5.21 million website visits originating from Twitter, using over 2,000 cybersecurity tests to determine each user's authenticity. The study found that 11.71% of all visits were driven by bots or fake users, including spambots, scrapers, botnets, click farms and automation tools, as well as other forms of fake, fraudulent and non-human traffic. 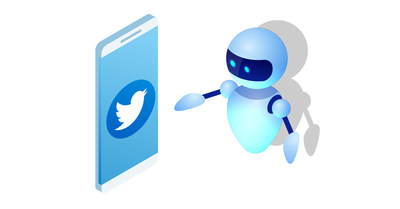 "The data suggests that Twitter's bot problem is probably larger than 5%" said Guy Tytunovich, Founder and CEO of CHEQ, "Our study looked into users who came from Twitter to other websites. But, if you consider that many bots don't click through to other sites and only stay on Twitter, then it seems very likely that bot traffic inside the platform itself could be significantly higher than 12%. Ultimately, we're living in the era of the Fake Web, where bots, malicious users and automation tools make up a large portion of all web traffic, and this data supports what we're seeing out there."

The data was part of a broader global study by CHEQ looking into the rise of bot traffic across the internet, and how they impact online business, commerce, advertising and data.